Truly, we have been so deeply engrossed in the mobile device that we have created our digital self. Each task, work, and communication are done with the small device. Above all, with the iPhones in the market, everything has become easier. 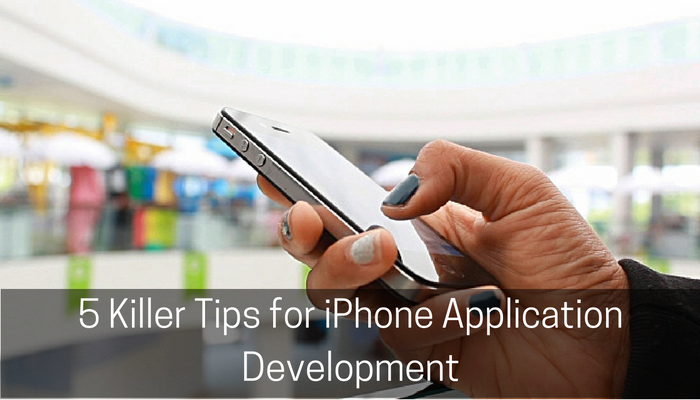 10 Newfangled Features of iOS 8 You May Have Missed

Building an iPhone Application is a demanding and rewarding job at the same time. With the success of iPhone Apps, there is something more challenging and demanding tasks left for the developers. We can say that success is not guaranteed for every developer.  There are a lot of factors that affect the success of every Application Development.

Well, you all developers need not worry, these 5 killer tips will surely help you in your iPhone Application Development.

Final Thoughts:
Well, as an iPhone Developer, you have to place your footsteps more keenly with your eyes open. Meaning one has to keep customers and the rules and regulations of the Apple in mind. It should not be like keeping the customer in mind you forget about the standard terms and conditions and vice – verse. As such, these tips can help you build a better iPhone Application, but a developer has to have good knowledge and has to be intelligent enough to generate sales.