“An Anniversary is a time to celebrate the Joys of Today, the Memories of Yesterday, and the Hopes of Tomorrow.”

Anniversaries are a part of our lifestyle. It’s the reminder of that particular day, where we took a decision or started a new beginning with the partner. Well, we humans celebrate many anniversaries – Birthday’s, Marriage Anniversary, Death Anniversary, and also Corporate Anniversary. These anniversaries have become a mode of celebration and a remembrance in our day-to-day life.

Apart from the marriage, birthday, and death anniversary, the Corporate Anniversaries are of great significance in the Corporate World. It’s the day when any Company came into existence and started its journey as a Corporate Company.

Techno Infonet too celebrated its 12th Anniversary with a difference. It all started on 23rd November 2004, with a simple Motto – Make IT Simple. Since then, we have seen great success and achieved many goals in such a short span. With the amalgamation of freshers and experienced people, it’s a simple belief that together we can achieve and conquer any odds. 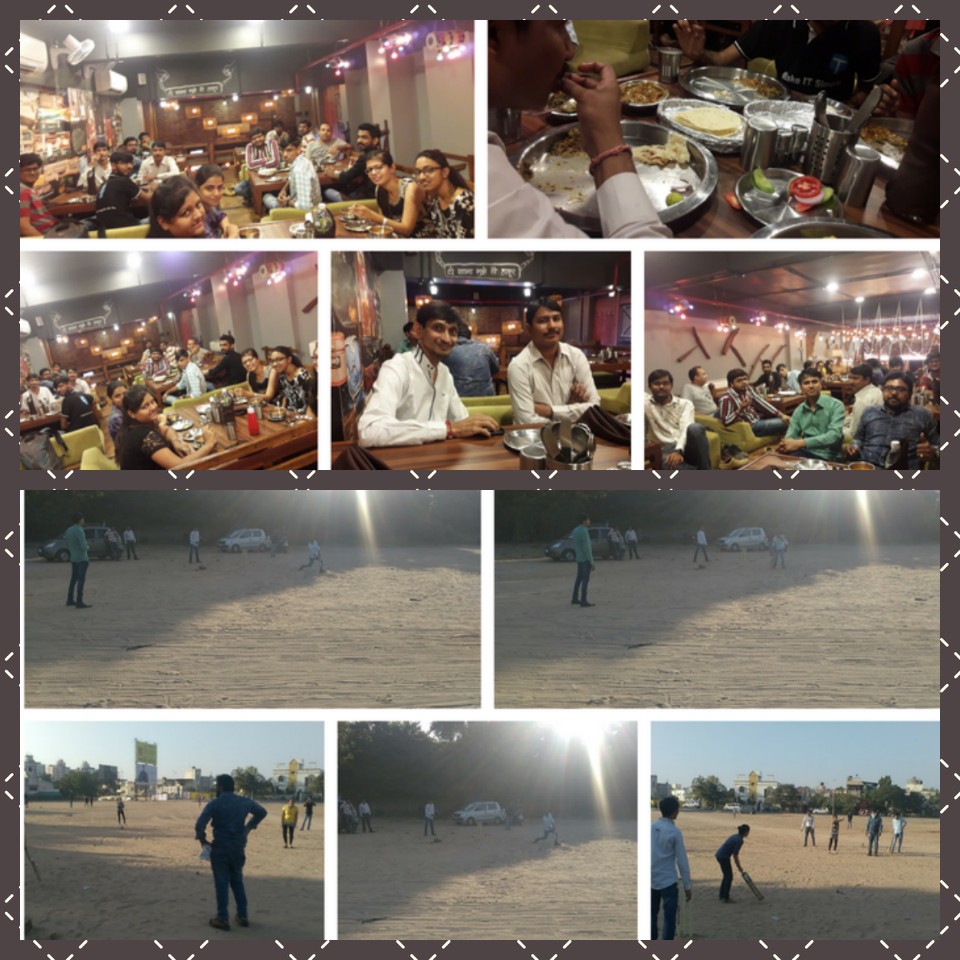 To celebrate the success, the plan was to keep it simple, exciting, and something unique. And so, we decided to have lunch party and then play cricket on 26th November 2016. We had a half day in our offices on that day. We sincerely ended our tasks at 2:00 PM and headed to Deepraj ke Kulche, our lunch party destination. The architecture of this hotel, made us remind the simple living of the villagers. The entrance door and the furniture lead us into the nostalgia of the past years we spent in the villages. As we entered, saw some unique hotel décor things. There were dholaks which were hung on the ceiling and were decorated with lights; there were funky slogans which were eye-catchy. We reserved our seats on the top floor. As we moved forward to our destination, the interior being such we felt as if we are sitting and traveling in a train. It was cold and cozy with dim lights inside. We soon settled and there came the starters! The starters include hot and sour soup and tomato soup with corn pakodas. Sitting in a desi style with legs folded we were soon served with the main course. The menu was delicious with 2 sabjis, roti/naan/butter naan, salad, papad, buttermilk, jeera rice, and daal fry. The dessert included gulab-jamun or kheer. After we were done, we headed down for a small selfie session and captured all that we could. 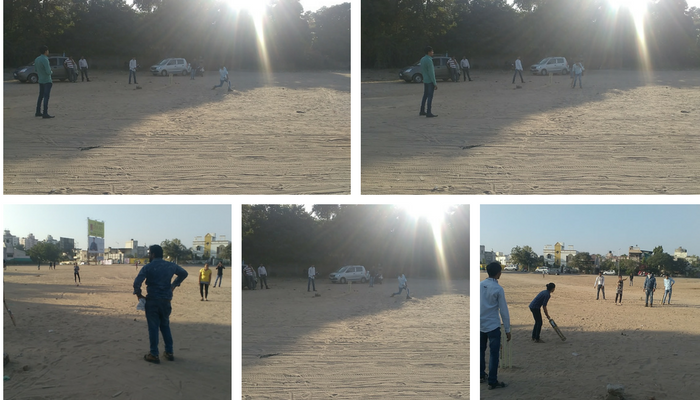 We then made our way to the ground to play cricket, made two teams, and were ready for the toss. It was a 10 over match. Team A won the toss and chose to bat first. Team B soon settled its ground field and we all were ready for the cricketing action. Team A had a slow start but managed to get 18/10 in 10 overs. Team B had a good start but seemed to loose its temperament in the death overs. Team B, went fall short of 1 run, which made team A the winner.

Well, it was a great afternoon for us all and we enjoyed thoroughly!

“Rejoice your achievements and enjoy with associates. Here’s a wishing you successful future on your Anniversary.”

Cheers on the 12th Corporate Anniversary