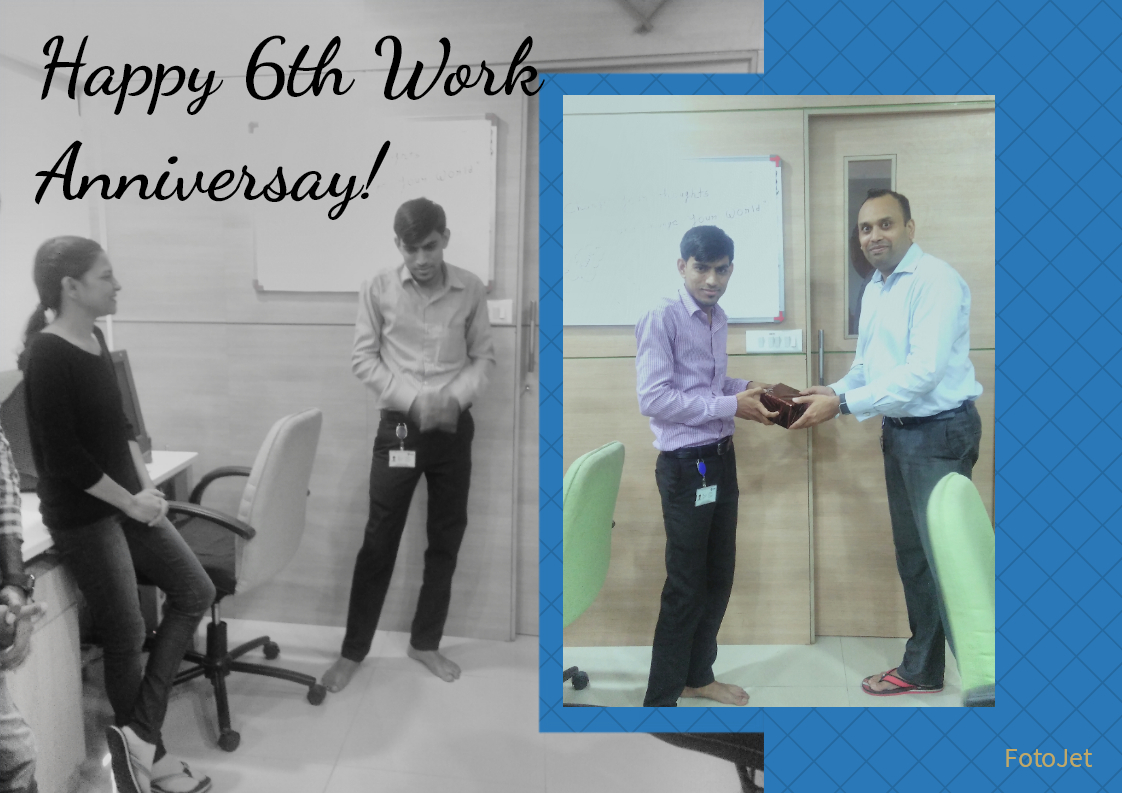 “There is no magic to achievement. It’s really about hard work, choices, and persistence – Michelle Obama”

Gone are the days where we admired and dreamt of a “Jin” or a supernatural creature would come down, understand us, and easily solve our problem. In reality, it’s you who has to perform and present the best skills you have. So, to present something good in you, you need to have persistence, do hard work, and make best choices.

Well, one of our employees Nilesh Parmar, too made the right choices, showed persistence, and did all the hard work for 6 long years. Yes, you guessed me right, he celebrated his 6th Work Anniversary with Techno Infonet. What an achievement!

So, let’s have a look at his untold 6 years…

He started off as an Accountant here at Techno Infonet, on 10th August 2011. And since then he has become a key member of our small family. Be it our employee’s accounting queries, administrative queries, or third party consulting; our first shout is Nilesh. He’s developed his behavior and attitude in such a way that we seem helpless at times during his absence. The way he’s carried out himself these 6 years, shows his dedication and hard work. Staying for this long, in a single company is an achievement in itself. People tend to change but Nilesh has shown that through hard work this impossible is possible. In his 6 years of service, his hard work and dedication were also acknowledged. He was acknowledged with the Employee of the month award twice; one in the month of May 2016 and the other in the month of April 2017.

Well, along with hard work, you ought to make the right choices to achieve good success. One of the best choices was that he chose Techno Infonet to begin his career. He chose to do every single bit for the company. Being a multitasker he’s handled all the stress tasks very effectively.

However, doing hard work and making the right choices is not enough. You need to have persistence in your work. And this quality of his is seen in these 6 years. Constantly performing at his best for the company with all of his skills and passion.

Thus, we can say that he’s achieved the magic of success through hard work, making the right choice, and by showing persistence.

On this occasion, Techno Infonet wishes him best wishes and a token of appreciation of his hard work.