Home Employee and Culture > EMPLOYEE OF THE MONTH – AUGUST 2021

At Techno Infonet, the activity of declaring the ‘Employee of the Month’ is regularly conducted on the first Friday of every month. During this activity the employee who had showcased their best performance in the previous month is awarded with a certificate along with other exciting rewards. But because the Technorians had been busy during the month of August the EOM for the month of July was declared in the last week of August. The Technorians were all a little bummed out due to this delay, but little did they know that a huge surprise was waiting for them. 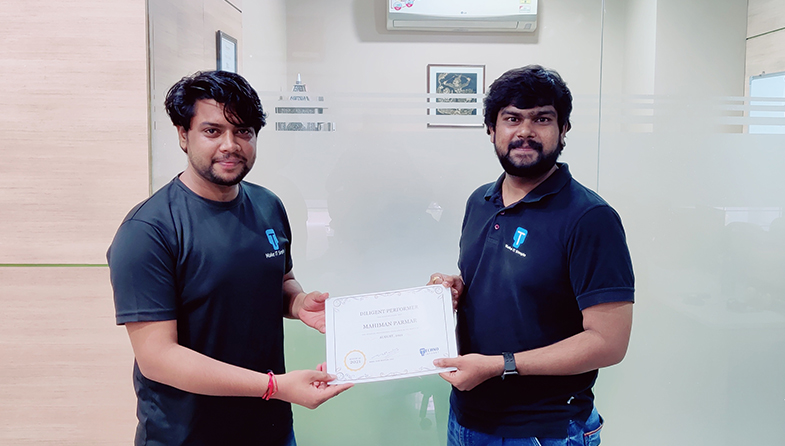 He was awarded with the ‘Employee of the Month’ certificate by his manager Bhargav Upadhyay who appreciated him for all the hard work and dedication with which he executed the development tasks that was entrusted to him and wished him luck for his journey ahead.