In the month of February, Amit Soni (Project Coordinator) at Techno Infonet, was chosen for the Employee of the month award. 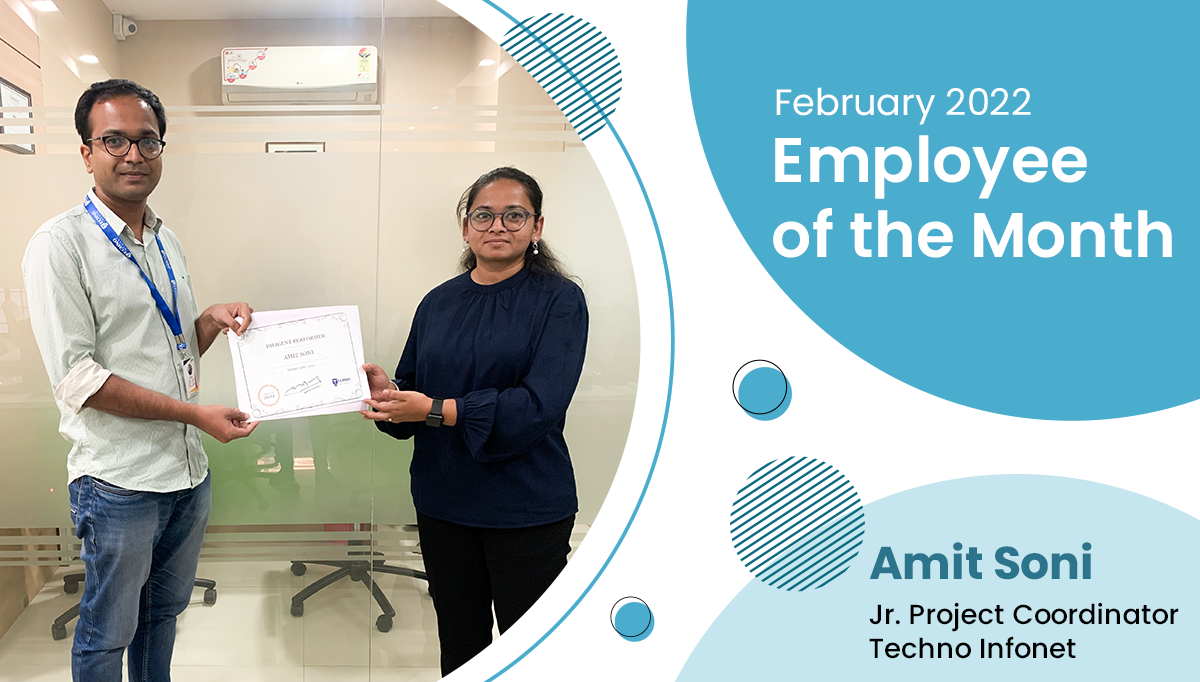 In the month of February, Amit Soni (Project Coordinator) at Techno Infonet, was chosen for the Employee of the month award.

He is one of the few employees to receive the Employee of the Month title in just two and a half months after his joining. Yes, you heard it right, he is going to complete four months in April 2022. So what was so special about Amit which made him eligible for the EOM title so early.

First, his loyalty towards his work. Displaying his work ethics, he prioritizes every given task into micro objectives so that delivering them with efficiency and diligence becomes a cakewalk as the biggest success mantra for career growth is to make the job of management simple and handy.

Second, his cordial relationships with his fellow colleagues are just like friends working together on a mission. From marketing for the company to coordinating different projects, everyone feels comfortable working with him.

As Robert Collier quotes “Success is the sum of small efforts – repeated day in and day out”.

Amit has displayed an epitome for the same. Believing in simplicity to quietly perform best in the assigned tasks, Amit has it all which an organisation desires to have in its team mate.

Techno Infonet is grateful to have you in the team. Congratulations Amit.