INTEGRAL ROLE THAT MEN PLAY IN THE FIGHT FOR GENDER EQUALITY

On the 8th of March 2021, the entire world collectively celebrated the International Women’s Day, acknowledging the struggles and achievements of women throughout history. As part of our celebrations at Techno Infonet we talked with some of our male colleagues to know their opinions on the theme this year #ChooseToChallenge and the new direction the gender equality movement is progressing in.

On the 8th of March 2021, the entire world collectively celebrated International Women’s Day, acknowledging the struggles and achievements of women throughout history. As part of our celebrations at Techno Infonet, we talked with some of our male colleagues to know their opinions on the theme this year #ChooseToChallenge and the new direction the gender equality movement is progressing in. 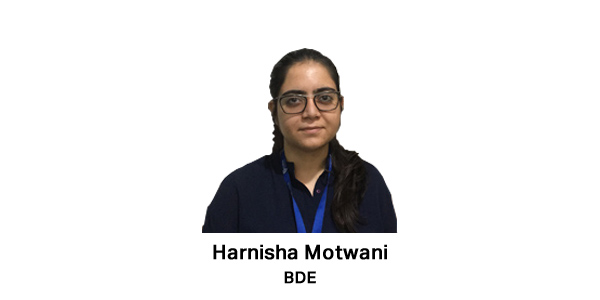 Participants of the interview: 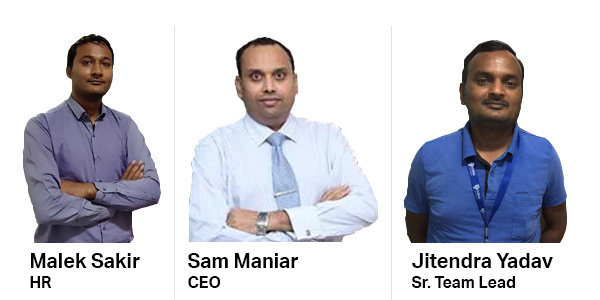 Interviewer: Let’s first of all start by addressing the elephant in the room, why are you guys being interviewed by me on women’s day? The significance of why we are here lies in the IWD theme for 2021 which is ‘Choose to Challenge’ which emphasizes that any person can choose to challenge the flawed doctrines of gender inequality in the world, regardless of their gender, nationality, or religion. So, without wasting much time let’s dive right in.

According to you, why is it important to celebrate Women’s Day in this day and age?

Jitendra: I think the importance of talking about the fight for gender equality has never decreased ever since this movement started. The movement of gender equality has progressed but it’s hard to deny that whatever changes there have been, are only visible in developed countries and cities but what about other regions. There is still a long way to go for establishing equality across the globe.

Sam: I agree with Jitendra’s point, if you just look at India there are many regions where the idea of gender equality has not been accepted yet. You do not even need to travel to a different state even, just travel 10 kilometers from where you are and you’ll notice the difference in the beliefs, culture, and ideologies of the people. So, unless and until this equality is reflected across the globe the importance of acknowledging the struggles of women still remains the same.

Malek: I was reading an interesting article that said that the situation of gender inequality might actually worsen because of the corona pandemic. The article suggests that the pandemic could put gender equality back by 25 years, as a result of women losing jobs and moving significantly towards doing more domestic chores and family care. So, it’s time for us to be more vigilant and not lose the progress that resulted from the efforts of women across the globe.

Interviewer: What is your opinion on the theme #ChooseToChallenge and according to you how could men contribute to the fight for gender equality?

Sam: Women’s day is not just for women to celebrate their achievements; it’s also a day when men should reflect on the fact that even in this 21st century something like gender inequality still exists. So, they need to choose whether they want to choose to challenge these problems or be part of the problem.

I have had the privilege to associate with many female entrepreneurs in business throughout my career who have performed exceptionally well in life, but it would be farther from the truth to say that I have played any part in their success. Women are strong enough on their own, all men need to do is acknowledge that, step back and let them progress by doing what they are good at.

Jitendra Sir: Men and women are inseparable since the inception of life; we are codependent and cannot exist without each other. As a son, brother, husband, and most importantly as a father to my daughter, I am answerable to the women in my life. And my effort will be to ensure a safe and secure atmosphere that promotes their growth.

Malek: It is high time now, instead of being part of the problem, men should join the fight for finding the solutions to these problems. As an HR manager, my focus is always to give equal opportunity and pay to women and hire them looking at their skills instead of looking at the gender stereotypes. At Techno Infonet we’ll do everything in our power to ensure a safe and secure work environment for women.

Malek Sir: Each and every single woman around us who have been fighting not for their own rights but for the rights of other women like them.

Jitendra Sir: For me, role models keep on changing from time to time, so there is no particular woman that I can point to. But I for sure respect women who are fighters and are trying to achieve their dreams and be successful with utmost passion and with a positive outlook towards life.

Sam: I think Ruth Bader Ginsburg, who was one of the pioneers in the movement of gender equality. Feminism was one of the most respected movements, but it has somehow lost its track due to the so-called feminists around us who choose to justify their unacceptable behavior and actions using feminism. I think those people should study about her and her contributions to the movement to better understand what feminism actually is.