The Sexual Harassment of Women at Workplace (Prevention, Prohibition and Redressal) Act, 2013, finds a place of existence in one of the Indian based IT companies, namely Techno Infonet. Before the dawn of the new year, the web design and web development company generously drafted a safer women environment policy. 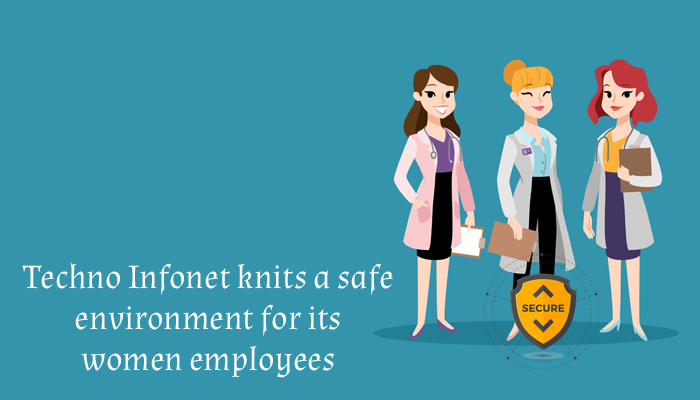 The Sexual Harassment of Women at Workplace (Prevention, Prohibition and Redressal) Act, 2013, finds a place of existence in one of the Indian based IT companies, namely Techno Infonet. Before the dawn of the new year, the web design and web development company generously drafted a safer women environment policy. This goal-oriented company now has one more goal to look after and that is, to create a safe work environment for all its women employees.

One of the spokesperson was quoted saying as follows, “It takes immense courage for a woman employee to come forward and speak up against the sexual harassment that she is facing. We clearly understand this hesitation and thus have created an atmosphere that makes it easy for the women employees to speak up and being listened to. Moreover, we strongly believe in preserving the status as well as the dignity of all our female employees who equally contribute to the company’s growth. He further adds by saying, “creating a safe working environment for all our female employees is one of the prime mottos that we love to adhere to. This thought does not limit to only the management level, but also the employees that daily coordinate with their female counterparts.”

The web design and development company successfully pinned down the policy after making a few amendments to the same. This was followed by the formation of a sexual harassment committee that comprises of three members, which includes the HR, a woman employee and the CEO of the company. This activity is kept alive by meetings that are held on a monthly as well as a quarterly basis. There is a monthly meeting for all the women employees of the organization and a quarterly meeting for all the committee members. Any female employee, if being harassed can approach either the HR or the female employee of the committee to address their issue. The matter will be investigated further by the entire committee members and necessary action will be taken.

The management also conducted a monthly staff meeting where all the employees of the organization were sensitized on the importance of women’s safety and security. Apart from the verbal discussion, the entire policy was officially sent to all the employees to make themselves well-informed about the same. The company has left no stone unturned when it comes to looking after the well-being of their women employees.

In today’s cut-throat competition only those organizations survive who make way for a diversified approach to conquer challenges and reach heights of success. Apart from this, an organization’s success also depends on the hard work and dedication contributed by both men and women working towards achieving a common goal. It becomes the duty of the organization to formulate stringent work policies along with implementing ethical practices so as to protect each and every employee’s dignity. Techno Infonet has successfully energized the safer women environment policy in knitting a secure work environment for its women employees.