Every working Saturday is a Refreshment day at Techno Infonet. So, on the 2nd working Saturday, our HR planned out the age-old interesting song game for us – The Antakshari. The main purpose of these Saturday activities is to create a positive environment in the office along with ending the long week on a refreshing note. 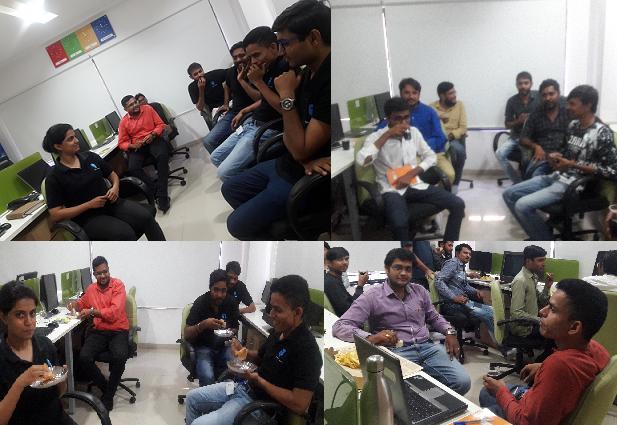 The Antakshari game that we played at Techno goes something like this, all the team members were divided into two teams – Team A and Team B respectively. The game began with Team A singing a Bollywood song where everyone joined in enthusiastically. Now, team B has to sing a song starting with the last letter of the song that Team A was singing. Whenever a team sang a song, the opposite team would start guessing the last letter on which the song would end so that they are ready with a song when their turn arrives. Also, our HR had set a time limit within which the teams would have to come up with a relevant song. It was a game that pulled all of us in being a part of this activity.

We felt so much more active and happy after the playing this game. Singing songs indeed played an effective role in refreshing our moods. This activity generously helped us in forgetting all our work-related stress.

In the end, we all had some tasty snacks and selfied all the wonderful moments.