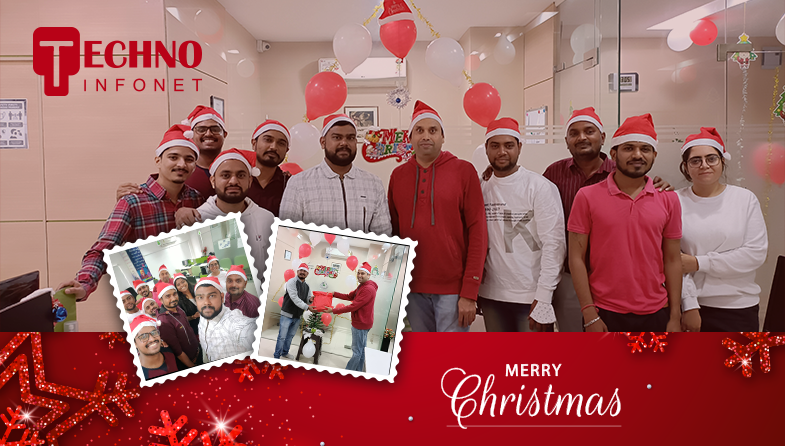 All the Technorians arrived at the office by 10 AM and collectively started decorating the office. Usually, the members of the event management committee are the ones who look after the decoration of the office, but this time around the entire Techno Infonet team came together as one and took care of various arrangements of the event. This itself is a strong testament to how far the comradery between the Technorians has come. The entire office was filled with balloons and other Christmas centric decorations, including the iconic Christmas tree.

A celebratory atmosphere had taken over Techno Infonet as the Technorians chatted and took pictures with each other. The first main activity planned for the day was the Secret Santa activity. For this event every Technorian was assigned a member during the first week of December within the office for whom they had to purchase and bring a gift. On the day of the event, everyone exchanged these gifts with each other during the Secret Santa activity. The second activity planned was a party game called 2 Truths and 1 Lie. Every team member was asked to present 3 statements, one of which should be a lie. The task of the other team members was to identify the lie within these 3 statements.

The event ended with a delightful and delicious lunch that could be marked as one of the biggest highlights of that weekend.