Everyone needs the refreshment break from their daily routine life as employees don’t get time for themselves to do some extra activities in the office which helps in reducing the stress, get a chance to come out of daily routine and make a friendly working environment. Also, all the team members can get a chance to interact with other teams and departments.

So, at Techno Infonet the day started with full freshness and positivity. So for this month we played different games namely 1. Debate on various topics and 2. Dumb Charades, Bollywood, Tambola 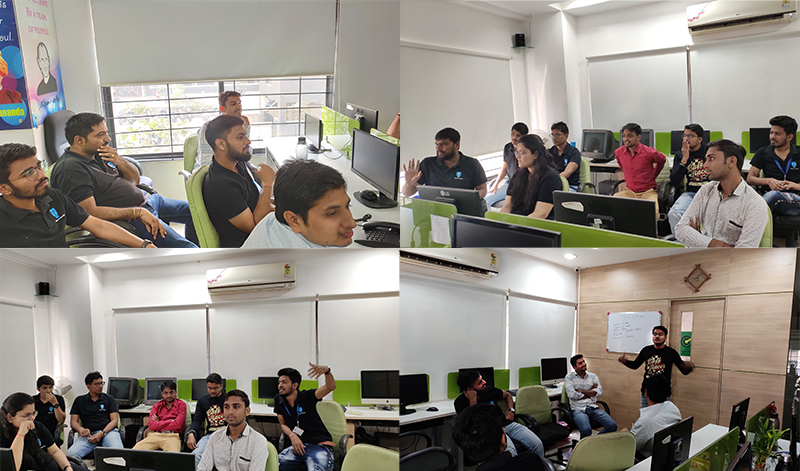 So, firstly all the employees were divided into 2 teams as Team A and Team B. Both the teams were given different topic like

3. Outside Food is better or not?

4. Is it worth to spend more money for Foreign Ministry?

Both the teams have done debate by telling their pros and cons. By this debate, all employees got the knowledge about what exactly is happening in the surrounding.

In Dumb Charades, one player from a team has to act and explain the given movie from the opposite team. He/she need to explain the movie in a given time period and make his/her team members understand the name of the movie.

In Bollywood game, one of the employee need to write a movie name with no letters written except vowels i.e “a,e,i,o,u”  and all other employees need to recognize that movie. Whichever letter is not there in the movie name is cancelled from the BOLLYWOOD letters.

Tambola is all about luck. The Tambola (Housie) game includes the caller/dealer who announces the randomly picked number and the players mark off the numbers on their tickets. Whosever complete the 3 rows and full house wins the game.

We all really enjoyed all the activities. In the end, we all had a tasty Gathiya, Khaman and mesmerizing Jalebi. We capture all the moments and enjoyed the weekend.