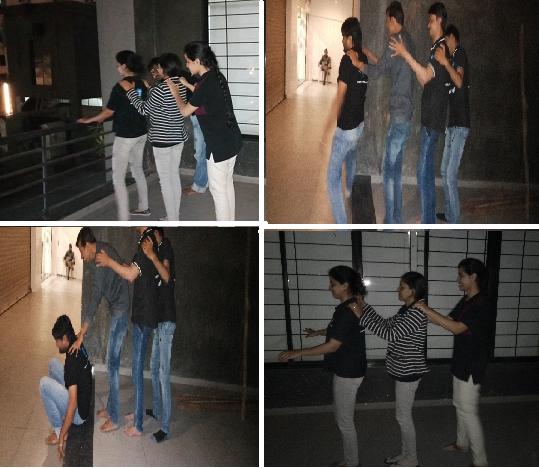 There is no age limit to play games! We all agree to this, don’t we? Games keep the innocence of our childhood alive within this. To make ourselves happy and tension free games play an important role in this. Refreshment is needed for everyone and when you get refreshed it makes us more energetic. After the whole week of the same routine we need some change in our lives and in Techno Infonet we ensure that there is a place for refreshment on every working Saturday.

Every Saturday our HR plans out some refreshment dose for all of us so that we get a change from our routine work environment. Playing games during work hours, sometimes create a doubt whether it will be effective or not. But when our HR comes with some really interesting games, we finally feel happy and convinced that games are effective in bringing about a change in our daily routine. It immensely helps us in toning down all the stress and tension that we would have experienced over the week.

This 2nd working Saturday we played 2 games, namely: 1. Find the way and 2. Chinese whisper. In the first game which is called “Find the way” – we were divided into 2 teams – A & B. Team A members were required to stand in one line with closed eyes. Only the member standing at the end of the row was allowed to keep his eyes open. Now, with the directions given by the last team member, the entire team had to reach the object which was placed by one of the members from team B. In the same way, Team B had to stand in line with closed eyes except for the last member who will be guiding the entire team to the object placed by one of the members from team A.

The second game “Chinese Whisper” goes something like this where all the team members were made to stand in a circle. In this one person would whisper a message to his immediate team member. This chain of passing the information is continued until the message reaches the last person. The last person would then loudly announce the message that was passed to him. The first person then compares the original message with the final version. We all had a hearty laugh as the final message had some twist and turns in comparison to its original version.

We really enjoyed the games. In the end, we all had tasty samosa, selfied all the moments and enjoyed the weekend activity.