‘Great things in business are never done by one person they are done by a team of people.’ This quote by Steve Jobs throws light on why team-building games and exercises have gained a lot of popularity in Corporate Events and Activities across the globe.

At Techno Infonet the Saturday activities are not all about having fun but also aimed at empowering our employees and building a positive behavior and attitude in the interpersonal relationships between employees. Hence every event planned by our Event Organizing Committee is filled with innovative games and activities, and the Saturday Activity for the month of March was no different.

This month the Event Organizing Committee had organized a Mock IPL Auction game. Apart from being a team-building game, the main purpose of the activity was to test the team management and decision-making skills of the Technorians. This activity also gave them a brief idea about real-time auctioning and bidding, fund management and portfolio management. 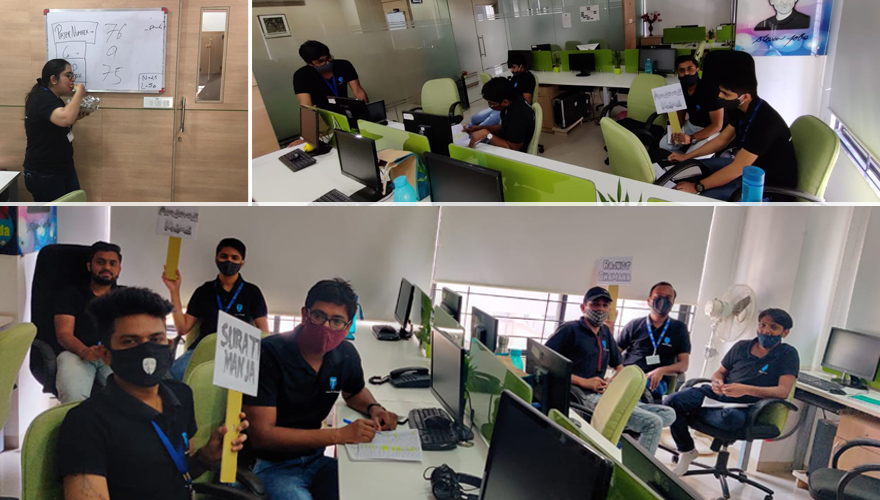 There were 3 teams and each team was named after the major cities of Gujarat i.e. Rajkot Dhamaka, Surti Manja and Amdavadi Khiladi. Each team was provided with a virtual account containing ₹100 crores which they had to use to build an IPL team of at least 11 players but not exceeding 15 players. The diversified player portfolio of the team should have at the minimum 3 batters, 3 ballers, 1 wicketkeeper, 2 all-rounders and one legendary player. Any team not meeting the above criteria or exceeding the budget given was to be disqualified.

Each player that was presented in the auction was categorized in the above 5 categories and a credit score was assigned based on their stats in the previous IPL matches. These were to be added in the end and the team that has the maximum aggregate credit score was declared the winner. The base price for each player was given and the teams had to bid above the given price. 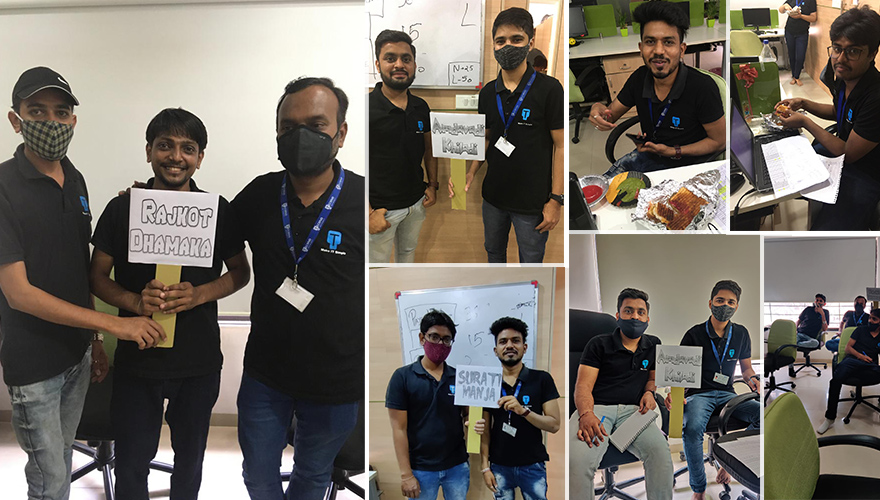 It was a neck-to-neck competition and in the end, the following results were declared:

Even after having the highest credit score Surati Manja came third due to not meeting all the criteria that were mentioned.

Amdavadi Khiladi was declared the runner-up due to falling just 4 points back to the winners Rajkot Dhamaka, who were not only the winners of the game with the highest credit score points but also had the highest saving in the end.

Filled with a lot of twists and turns the Technorians had never experienced a game of this kind.