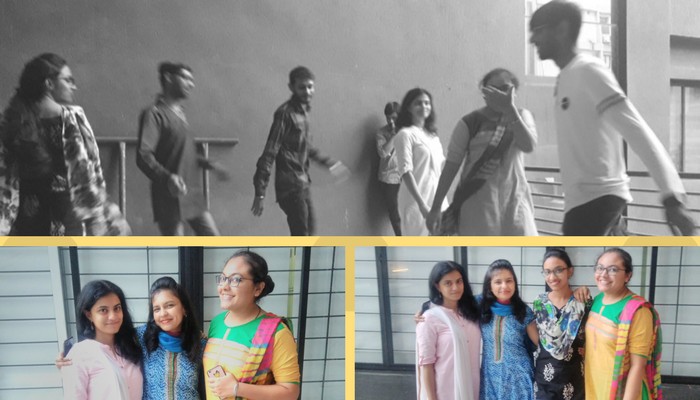 Navratri is a Hindu festival which is celebrated for 9 long days, signifying the victory of good over evil. Each state celebrate this festival in a unique way. In Gujarat, people celebrate this festival through garba and Dandiya, for 9 nights. Worshipping the different forms of Maa Durga, the Gujarati girls are in the traditional attire “Chaniya Choli” and the boys in Kurta – Paijama or Kediya. They worship, dance, and enjoy the Navratri days on the traditional music.

So, on the 3rd day of Navratri, our HR planned, to have Garba in the evening after the office. We all came to office in the traditional attire to grace the occassion. It was really difficult to hold our nerves till the evening, as all eyes were stuck at the clock to struck 6. Finally, the time came when the Technorians gathered together for the garba. And as soon as the music started, we all started to play the different forms of garba like 2 talli, dodhiyu, etc and enjoyed the evening. We were served, the delicious vada – pav, which helped us to gain some energy for the rest of dance.

In the end, we all selfied and captured all wonderful moments which became our life long memory.