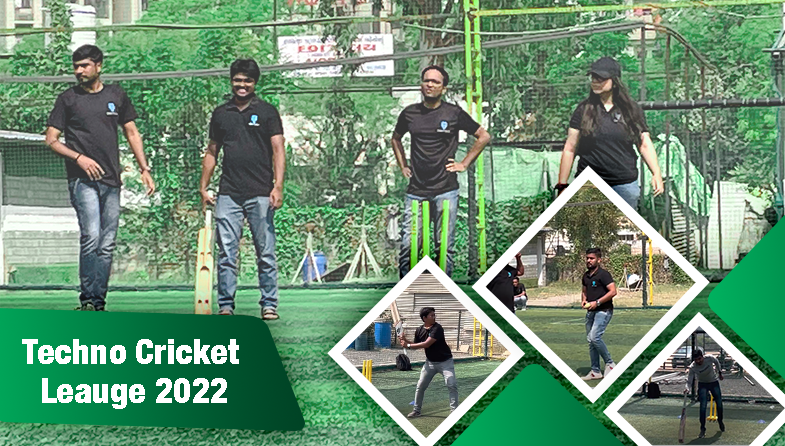 We live in a country where cricket is our first love; some like playing cricket or some aspire to just see the most loved game. Looking at the recent IPL season, Techno Infonet has taken a step to conduct an outdoor activity and this time the organization has thought of organizing Box cricket.

Playing any sport will not only make a person physically strong, but this is the best opportunity to learn team management skills and enhance one’s personality.

It was decided to have two matches of 10 overs each, but due to tough competition, there was a short tie-breaker match of 6 overs.

The first match moved onto Techno Panthers court as they were the clear winner with 40 runs.

In the second match, Techno Lions gave a tough fight to Techno Panthers and took the match with 6 wickets. After this match a big question arises on how to cope up with this great tie, then the Technorians decide to have a tiebreaker match of 6 over.

The final match reflected that Techno Panther were the clear winners of the tournament; they won the 6-over match with 17 runs.

Even after completing the three rounds of the match Technorians have not shown a single sign of tiredness; they were in complete enthusiasm to have one more match.

After the completion of the tournament, Technorian decided to take lunch together and unanimously chose a Gujarati restaurant over other options.

Again this Saturday activity went as a great stress buster filled with enthusiasm and friendly fights. On the other hand, it has taught us lessons on brotherhood, care and management fundamentals.