Undeniably, India is a cricket lover country. Regardless of the state, city, or locality, you will find the footprints of street cricket at every corner. It is not just a sport; it is an emotion for Indians. Hence, Techno Infonet satisfied the demand of cricket enthusiast Technorians to arrange a match of cricket. 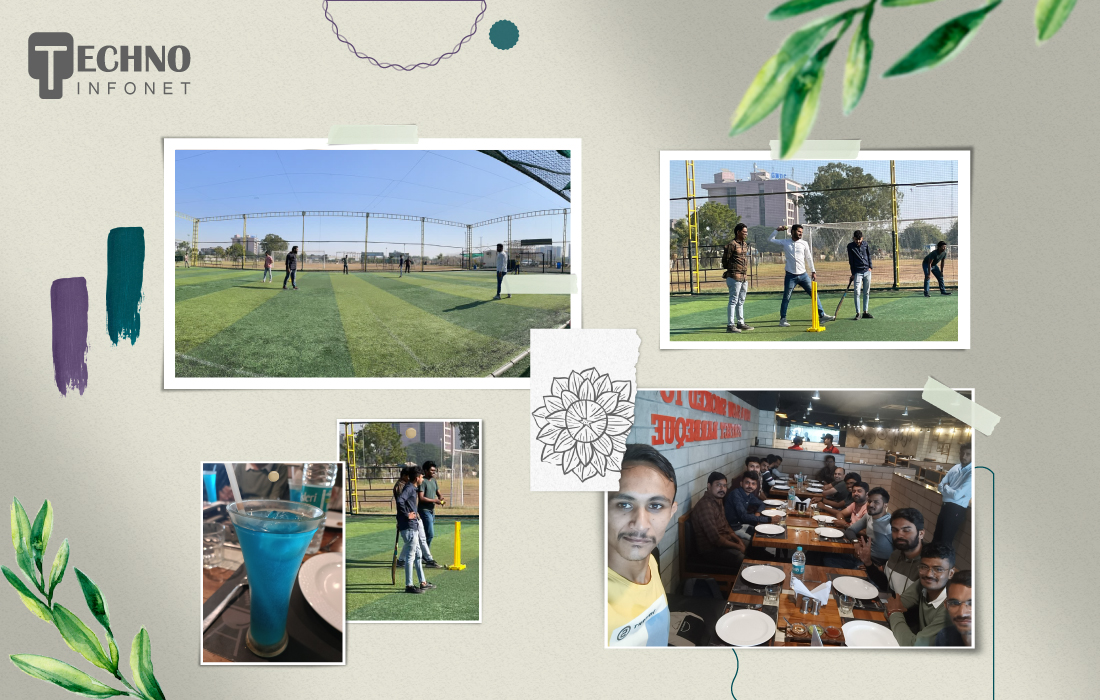 In the month of November, a cricket match was organized by the company as part of an outdoor Saturday activity. Technorians reached the GMDC ground for the box cricket match. They were filled with ecstasy and enthusiasm to play and win the match.

Technorians were divided into two teams: Team A and Team B. Team A comprised all marketing enthusiasts, while team B was made up of nerdy developers! It was a series of 3 matches. Surely, the battle was going to be neck to neck as both teams needed to save their reputation and play extremely well.

In the first match, team A won the toss and opted to bowl first. In this match, team B played exceptionally well and posted 60 runs on the scoreboard in 10 overs. Team A failed to meet the score and lost the match by 7 wickets and 20 runs.

For the second match, team A again won the toss and opted to bowl first. In this match, team A packed a punch by enhancing their performance through tactful bowling. Team B gave the target of 40 runs. Team A won the match by smoothly reaching the target in mere 8 overs and 3 wickets.

At last, the much-awaited third and final fixture match was played by Technorians. All players were brimming with next-level energy to win this match. In the toss, team B won and opted to bat first against team A. Team B gave the magnificent score of 52 runs. Team A played extremely well, yet they failed to achieve the target and lost the match.

Hence, team B was announced as the winner of the cricket match. In the end, developers managed to defeat the marketing people. The winning team was rewarded with a trophy. The atmosphere was infused with the loudest voices of “hip-hip-hurray”. Developers enjoyed their victory with immense joy.

At last, Technorians visited the restaurant “Barbeque World” for relishing company-sponsored lunch. They filled their tummies with the tastiest starters, main course, and delicious desserts.

In the end, Technorians thanked management for organizing such a memorable outdoor activity and sponsoring an appetizing lunch party.