So, at Techno Infonet, this 2nd working Saturday of April HR planned some games. And this Saturday we played 2 games namely 1. Guess The Celebrity Name, 2. Laughing Game. We all the Technorians were laughed and enjoy a lot while the time playing these games. 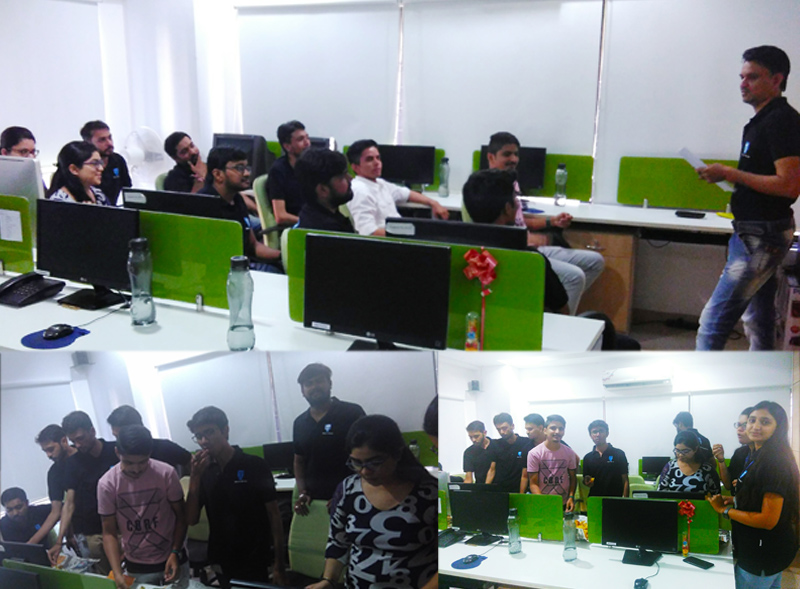 We all gather at one place and game something like this, One of our team members give us a clue, and we need to guess the name of the celebrity. For example Miracle – Karishma Kapoor. We all were dived into 2 teams, Team A and B. Now, the person will give the clue to Team A and they have to guess the name of the celebrity. If team A not able to answer then they can pass to the team B. The same way now team B has to guess. Whichever the team will answer the more clue that team will be the winning team. Both the team were trying to answer most of the clues to make their team to the winner of the game.

This game was really a fun game. Everyone has to stand in a circle, and one of the team members will give a Bollywood dialogue to each employee. One by one each employee has to say that given Bollywood dialogue, with the same tone. When a person will say the dialogue, at that time all the team member needs to distract him/her with saying “Ha Ha”, “Ho Ho” or “Hee Hee”. The person who is saying the dialogue got distracted or started laughing then she/he will be knocked out. These are some funny sentences we were given to our team for this game.

These are some funny sentences we were given to our team for this game.

We really enjoyed the games. In the end, we all had a tasty veg puff, selfied all the moments and enjoyed the weekend activity.