The Apple iPhone, iPad and iPod touch users have a fabulous news in store for them. Find a new update of the iOS operating system named as iOS 8.4.1. The official date of iOS 8.4.1 release is still not properly disclosed; however, it is advised to keep a check on your software for the update. Although you do not need to install it, but even if it’s a small on it won’t make a difference.  Developers can download the most recent version for testing iOS 8.4.1 beta version. Its build number is ‘12H304’. 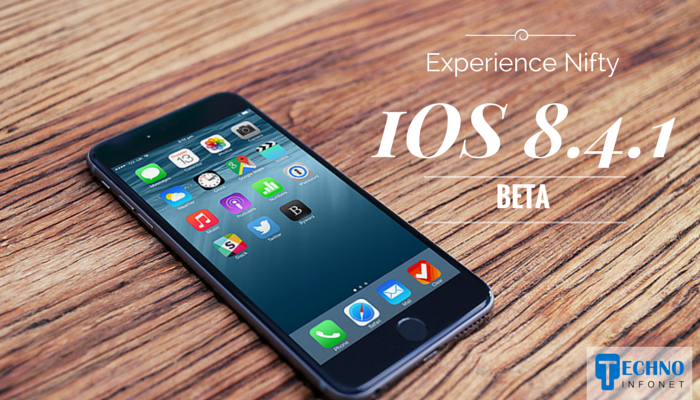 Things to keep in mind while hiring an iPhone Developer

The majority of improvements has been made prudently after meticulously going through each and every issue identified by testers working over the operating system. This release still has notes absent which now signifies iOS 8.4.1 will be going through numerous reiterations before conventional users will be asked to upgrade. By the time mentioned Apple will certainly offer some information.

Basically, the 8.4 update came with a new Music platform and many more enhancements to the iBooks and the ordinary bug fixes. Moreover, Apple has already openly stated that iOS 8.4 limits (particularly the lost Home Sharing functionality) will be undertaken in iOS 9 and that is already scheduled for initial September together with the release of the iPhone 6S and iPhone 6S Plus.

To the extent that the installation process is concerned, you can get the update from iTunes or via OTA, either of the one. Do remember that by installing the iOS 8.4.1, the performance level of the device you are using can be drastically boosted. So, you must definitely give a try. And, since there is a downgrade process available, people who use iOS 8.4 can try on the iOS 8.4.1 and if you don’t find it worth, you can just return to the previous option within the specified time limit.

Techno Infonet is a leading iOS App development company located in the USA with 10+ years of experience in catering clients globally. We at Techno, have been adopting the latest development methodologies, tools and techniques to provide dynamic business applications. Our handpicked expert iOS app developers can proffer you customized application fostering your business demands.