In today’s daily life, employees don’t get time for themselves to do some extra activities in the office. Everyone needs enjoyment for creating a good, healthy and stress-free working environment which helps them to get a chance to interact with other teams and departments, making it an enjoyable evening.

So, here in Techno Infonet our HR plan some activity on every 2nd and 4th Saturday. For this month we played 2 games namely 1. Reverse Tambola (Housie) 2. Mimic the steps and pass to the lane. 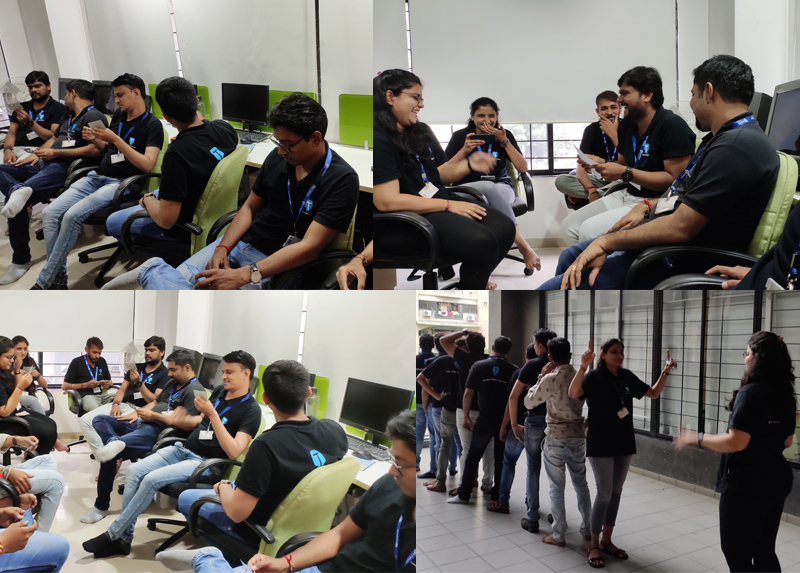 This game is all about luck. The fundamentals of Tambola (Housie) game includes the caller/dealer who announces the randomly picked number and the players mark off the numbers on their tickets. We played a tricky game called reverse Tambola. In this the number which is called by a caller/dealer is marked in reverse by the players. For Example: If number 21 is called then players have to mark number 12.

The following were the winning points:

1st row: Whomsoever marks off all the called numbers in the first row wins a prize money.

2nd row: Whomsoever marks off all the called numbers in the second row wins a prize money.

3rd row: Whomsoever marks off all the called numbers in the third row wins a prize money.

4 Corners: Whomsoever marks off all the called numbers in the corners of 1st and 3rd row wins a prize money.

Full house: Whomsoever marks off all the called numbers in the ticket wins a huge prize money.

In this game everyone needs to stand in a line turning backwards. The 1st person will mimic the steps and show it to 2nd person. In this same manner the mimic steps are passed to the last person standing in the line. But the steps which are shown by last person is totally different from the steps of first person. This game is full of laughter and enjoyment as the steps change and everybody loves to see and laugh at their mimic.

Indeed, the evening was a memorable one. We selfied and clicked some memorable moments which became a lifelong memory by filling our tummies with sandwiches.