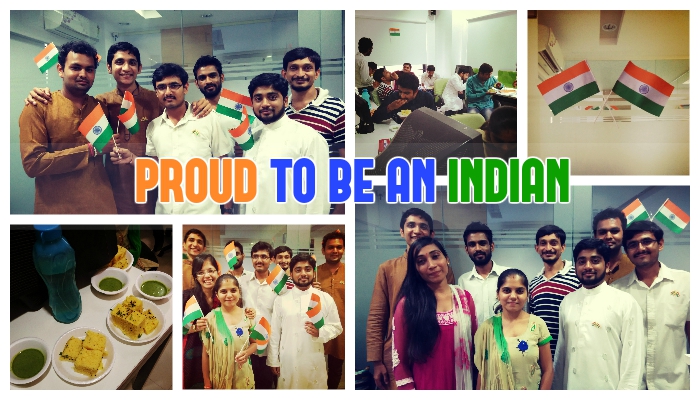 Do you know that India beat the drum of the 69th Independence Day on 15th August 2015? Whoopee! After 200 years of slavery of the British, our great freedom fighters fought bravely and dragged them out of India. For every Indian this day is of great significance as it reminds us about unity and diversity of our country. Moreover, ours is the only realm that has more than two billion people of diverse culture, language, and religion, living in harmony and celebrating every festival with utmost passion.

Alike, other festivities that we rejoiced at Techno Infonet Independence day is also celebrated with greater gusto, in fact, more than ever. To give every celebration an exclusive touch, our HR comes with fabulous ideas. So, the theme for the #IndependenceDay was Indian Traditional, to add to the nationalism the entire office was echoed with patriotic songs, this was a true tribute to the ones who struggled hard to let us see the dawn of and breathe the air of freedom. At 11:00 in the morning the entire team sang the National Anthem in the honor of our national flag.

As already know, Technorian needs a chance to spread happiness and bring smiles on faces, making the most of the day we planned to visit “Jeevan Sandhya” an old age home. We cannot curb the pain these elders were going through of being shunned by their own family. However, we can ease their life a little & make them heartily laugh for some time. We spoke to them, heard them and sang old good songs to delight them. Last, but not the least, donatedwhat we could – 25kg sugar, 4kg pure ghee and 4kg tea.