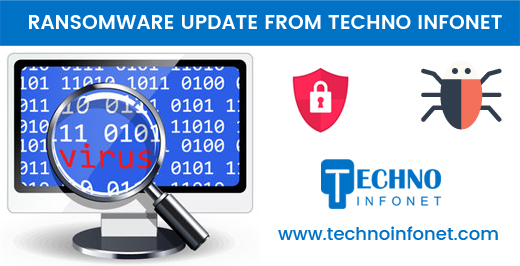 Techno Infonet, one of the leading India and the UK based website designers and developers would like to confirm that so far we have not heard of a single customer of Techno Infonet – www.technoinfonet.com  being affected by this particular Ransomware and we are continuing on high alert for the foreseeable future until the risk subsides.

As you may have heard, a global ransomware attack has hit more than 70 countries knocking organizations including the NHS- UK offline.The ransomware attack, called Wana Decrypt0r 2.0, locks users out of their devices and data, encrypting all data and demanding a ransom for the decryption key via the Tor Network.  This malware is allegedly utilizing the “EternalBlue”; exploit discovered by the NSA which has recently been leaked by a group of hackers known as ‘The Shadow Brokers’.   This malware appears to take advantage of the SMB (Server Message Block) protocol which is utilized heavily within the Microsoft operating system with an exploit to gain remote system access.  The malware isn’t currently known to be distributed via email, however, this is a very likely candidate for further exposure and spread of the malware.  With this in mind, please apply extreme caution when opening any email attachments.We have been recently told ‘Android OS’ can be vulnerable to this attack.