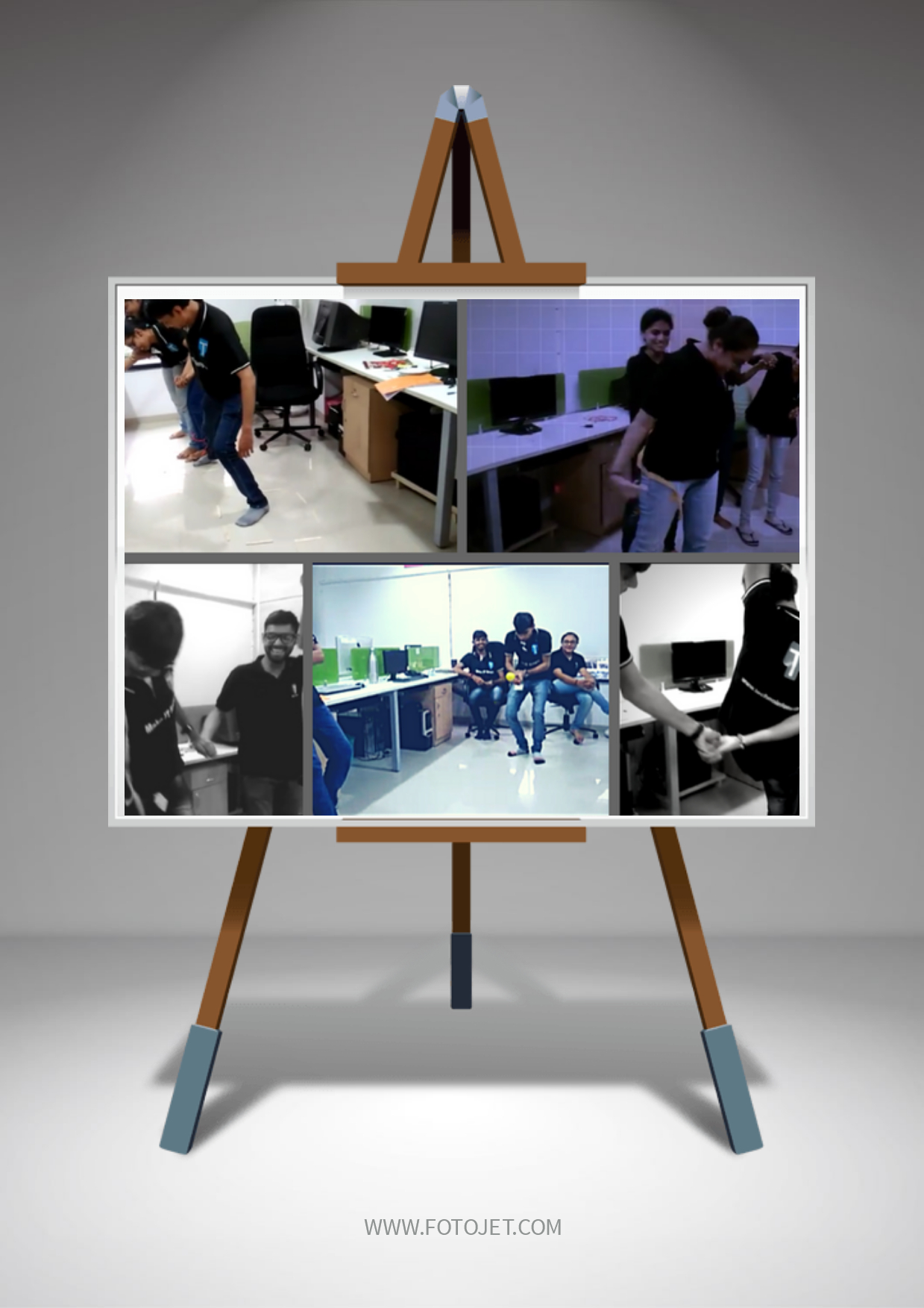 “It’s always refreshing to step into another time. Diane Lane”

It’s really important to make your self-happy stress free and refresh … Techno also believes in the same. So, to make their Employees feel refreshed, our HR planned a few activities on every working Saturday.

Do you remember your childhood days? How did we use to play different games to release our stress?

So, at Techno Infonet, our HR also try to make employee’s stress-free tension free and planned some game on this Saturday activities. So this Saturday we played 5 games namely 1.Obstacle Challenge, 2.Blind Fold, 3.Caterpillar Traverse, 4.Circle Pass, 5.Swim to Fish on the floor, in all these 5 games some thing was common that was team management, team coordination, and trust. Under all these game The Technorians were divided into 2 teams – A and B

The first game Obstacle Challenge – The rule was 1 player has to stand at the point O and another player at point P, the member who was standing on point O holds the paper glass and have to catch the ball on glass which was thrown by member who was standing on point P, it seems easy but it was really tough and need the team coordination. The same way each team member have to do one by one to win, whomever team will do this in less time that team will be a winner.

Second game Blind Fold – The rule was one team member has to go from one point to another point with closed eyes and their team members can guide that member were to keep the leg, as there were many obstacles kept randomly on the floor. If any member kept his/her leg on the obstacles the player has to start over again. So, in the trust of the fellow team members, one has to travel with closed eyes from starting to ending point.

Third game Caterpillar Traverse – Every team members legs are tied. Now, just as a caterpillar walks, the team has to walk in between the 4 squares keeping in mind the following rules: The boundary strikes may not be moved when stepping legs on that square, the group must remain in a line with ankles tied throughout the activity, everyone must only step within each square, they can not take any other support or can not hold hand. If any rules are broken, the group must begin again. So for this, teams need to make a proper plan, have a good coordination among them and trust on each other.

Fourth game Circle Pass – The rule was, each group has to form a line holding hands and the team have to pass a ribbon circled around the member who was standing on line as quickly as possible without breaking handholds. When the ribbon is passed from first to the last member the game will be finished whomever team will do this in less time the team will be a winning team.

Thus, we can say that we all enjoyed a lot, clicked selfie and made funny videos. Well, sometimes it’s good to become a kid and play the game to forget our all the stress and also we get the knowledge how much the all team members know each other, how we coordinate with each other and trust on each other and how good in team management, knowing our team through the game, and had a great time at work – place. We also had the party of peanut sandwich in between game …..