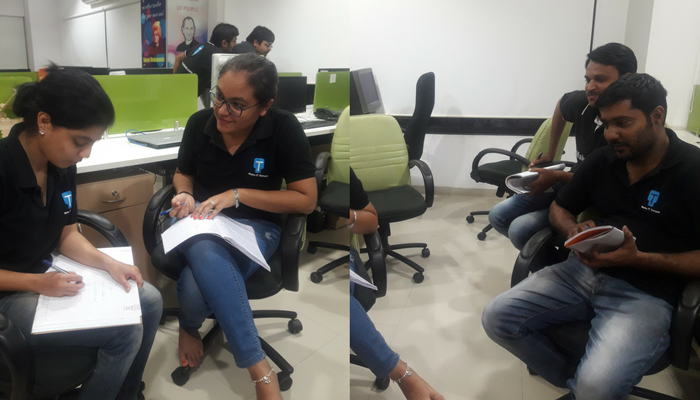 Albert Einstein says “Once you stop learning, you start dying”. No one would think of dying so early. Well, learning is a continuous process and is a personal choice as well. One should have determination and willingness to learn and then things would be easier. So, it is upon you, are you satisfied with just the gifts and skills or you choose to willingly learn and make something out of your life?

So, here at Techno Infonet, our HR too plans out different sessions and games which turns out to refreshing and informative. This Saturday, as a part of our English Learning, we played a unique game called “Catch the word”. The game goes something like this. The Technorians were divided into teams A and B. Now, team A provides team B a jumbled lettered word which might have no meaning. Now, both the teams A and B have to make as many possible words from those given letters within 30 sec. Whichever team succeeds in making maximum words becomes the winner. In this game, team A became the winner.

It was really fun and improved our vocabulary. We captured all wonderful moments that became our life long memory.