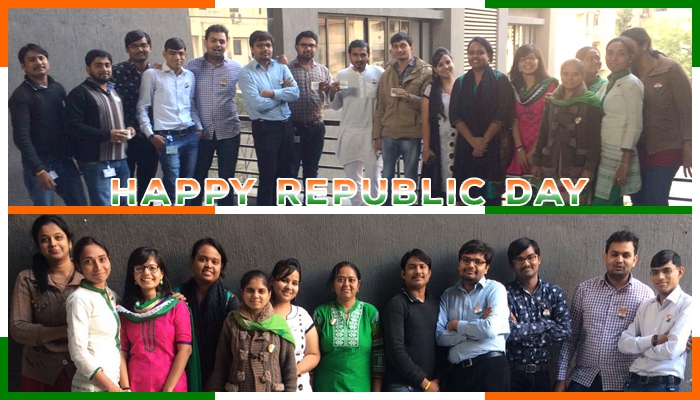 India is world’s largest democratic country and celebrated its 67th Republic Day, on 26th January 2016. With a high spirit of patriotism, Techno also decided to celebrate Republic Day in the office. The dress code for the day was announced “Ethnic”, so everyone was adorned in traditional attire to push the enthusiasm at its peak. Plus, all the Technorians were provided a tricolor badge by our Admin, to wear, which added to the nationalism.

Sharp at 11.15, we all gathered and sung the National Anthem in the memory of our freedom fighters and armed forces’ who selflessly sacrificed their lives for the welfare of our nation. Besides, to mark the day special, we also thought of being a helping hand to Mother Teresa Orphanage Home in Ahmedabad. So, the entire team contributed money as much as they could give as a donation. At the end of the day, we had a decent amount accumulated with us which we further used for charity to the Orphanage Home.

This is how we expressed ourselves on this big day. So, how did you celebrate?